To demonstrate the effectiveness of technology for the removal of pollutants from groundwater supplying human consumption (nitrates, phosphates, pesticides, etc.) in small towns.

Using technology based on biological methods to remove pollutants from water under biosafety conditions.

Aquifers supplying small towns have shown nitrate levels above the limit approved by the Drinking Water Directive. Likewise, water may be polluted by pesticides and other organic and inorganic nutrients, mainly released by agricultural activity.

Technology will be installed in Torre Cardela (Granada Province, Spain), a municipality in the “Montes Orientales” area. It is an agricultural area with a population of 813 inhabitants.

The Project will be undertaken between the 1st September 2017 and the 31st October 2020.

The Provincial Council of Granada coordinates the Project and the University of Granada (Spain), Aalto University (Finland) and Construcciones Otero Company (Spain) are associated beneficiaries. 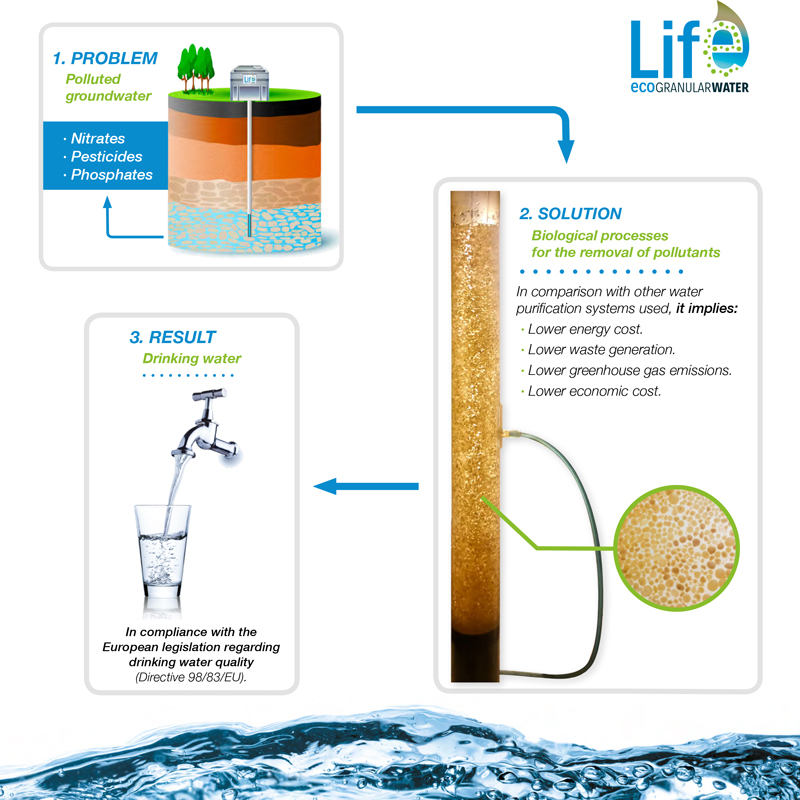