What is the opinion of the population about the Municipal Water Services? 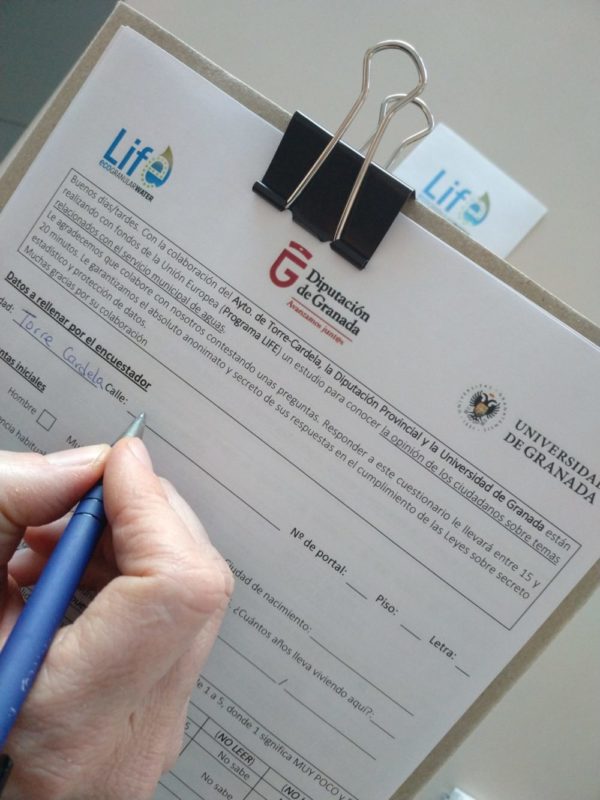 As part of the economic-environmental study, which is doing in the framework of the ECOGRANULARWATER Project, a survey was passed among the citizens of Torre Cardela. The fieldwork was carried out between December 2018 and January 2019. The person in charge of interviewing the population, went through all the dwellings in the municipality. On a population of 759 inhabitants, information was collected from 468 residents.

The questionnaire had several sections. The objective was to obtain information regarding  the following topics: environmental awareness; perception of the water service, water quality and water price; willingness to pay in order to contribute to the financial sustainability of municipal water service; and socioeconomic characterization of the interviewee.

Here are some of the results of the questionnaire:

In the coming months we will analyze the data in greater depth. The results obtained will make it possible to issue conclusions and recommendations of interest for the municipal management of the water service.

2019-02-08
Previous Post: Full-scale Purification Plant is already built
Next Post: First tests for the start-up of the purification plant
Provincial Council of Granada | C/Periodista Barrios Talavera,1 | 18014 (Granada)
Legal Notice | Cookies Policy | WEB DESIGN
We use cookies to ensure that we give the best user experience on our website. If you continue to use this site, we will assume that you agree.I agree