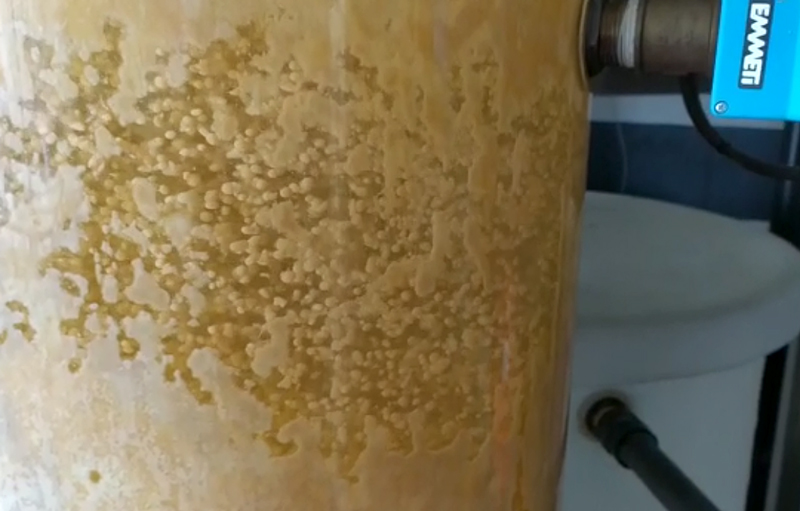 In the first phase of the prototype, the efficiency of the system has been demonstrated. The granular system removes by 80% of the nitrates dissolved in the water.

Microorganisms responsible for the water denitrification in the LIFE ECOGRANULARWATER Project continue the sequential phases as nothing is happening outside. They continue confined within the bioreactor, where have all they need: water with nitrates, carbon source, oxygen and adequate operational conditions.

In this way the granules settle in the biorreactor when aireation is stopped.  Granules go down through the water column until they are deposited at the bottom of the cylinder, thus avoiding the loss of biomass during the emptying phase of half the water volume.

During the state of alarm, the UGR research team has continued to visit the Torre Cardela plant to ensure that all the parameters are working normally, as well as the pumps, equipment and electrical systems involved in the process.

The efficiency of the system in the first phase of the prototype has been demonstrated. The output water is practically free of nitrates, with the system having an efficiency of around 80% of nutrient removal. It is already a priority to expand the number of columns that allow the volume of water to be increased.

The temporary closure of some companies due to the health crisis has caused difficulties in the progress of the expansion of the pilot plant, but they are gradually being solved. In several weeks we hope to have the new tanks installed in the Torre Cardela drinking water treatment plant, which will represent an important advance in the project.

2020-05-07
Previous Post: We request to EASME the addition of a new partner: Gedar S.L. – Water and Waste Management.
Next Post: LIFE ECOGRANULARWATER receives the virtual visit from the external monitor in june.
Provincial Council of Granada | C/Periodista Barrios Talavera,1 | 18014 (Granada)
Legal Notice | Cookies Policy | WEB DESIGN
We use cookies to ensure that we give the best user experience on our website. If you continue to use this site, we will assume that you agree.I agree