LIFE ECOGRANULARWATER receives the virtual visit from the external monitor in june. 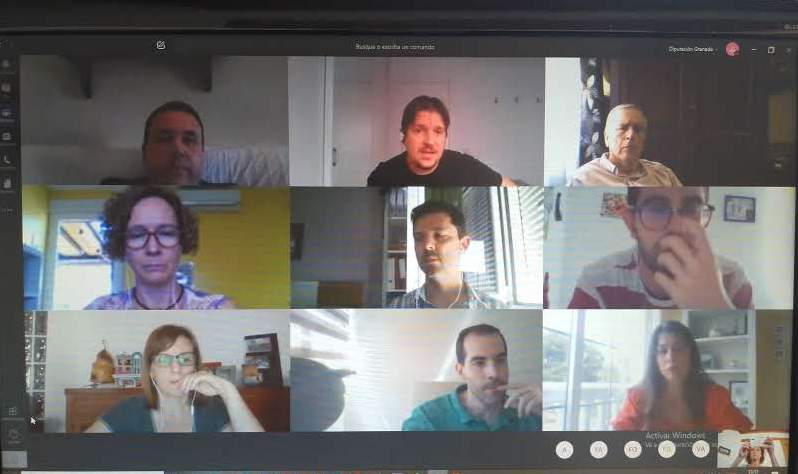 The health crisis has led to an adaptation of the visits to the LIFE projects by the external monitoring team. Thanks to the new communication technologies, last June 17 and 18, the LIFE ECOGRANULARWATER project received a virtual visit from Borja Domínguez, our external monitor.

This is the first visit after the entry of the company GEDAR SL in the project. This company has been participating since 1st December 2019 and it was at the end of May when EASME gave the go-ahead for its integration as an associated beneficiary.

A first meeting was held on 17 June to review all the administrative and financial documentation to justify the expenditure made under the project. The following day, the technical meeting took place in which representatives of all the partners were able to show the external monitor the progress made since the previous visit, back in March 2019.

Although during this period there have been exceptional situations that have led to delays in the completion of the prototype, (withdrawal of one partner, adittion of another, declaration of the 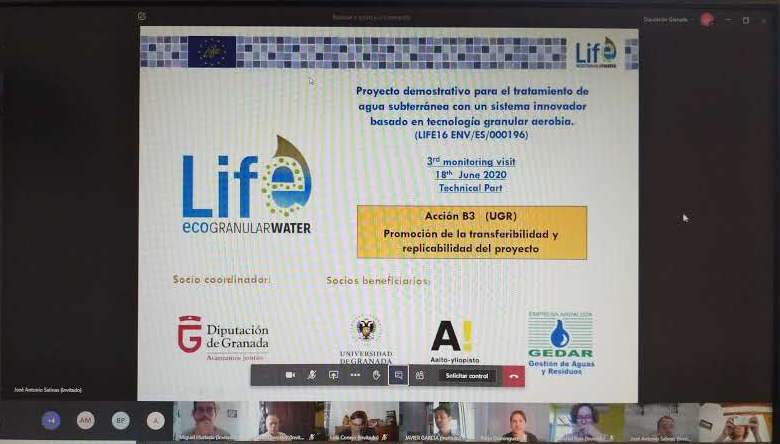 state of alarm in Spain), the meeting has shown that appropriate solutions have been sought by the partners to address the problems that have occurred. Progress has been made towards the completion of the prototype. The complete installation of the prototype, including its extension with respect to a smaller first phase, constitutes a decisive milestone for the implementation of a whole series of follow-up actions that will make it possible to demonstrate its effectiveness and to assess its environmental impact. In addition, it allows the implementation of all the actions of an economic nature that aim to promote the replicability of the project and its transfer to other territories.

After this visit, we are looking forward the EASME’s response in order to correct and incorporate all the contributions aimed at improving the technical development of the project and its economic management.

2020-07-03
Previous Post: Microorganisms continue confined in the bioreactor, removing nitrates.
Next Post: The economic sectors that consume the most drinking water would benefit most from ECOGRANULARWATER technology
Provincial Council of Granada | C/Periodista Barrios Talavera,1 | 18014 (Granada)
Legal Notice | Cookies Policy | WEB DESIGN
We use cookies to ensure that we give the best user experience on our website. If you continue to use this site, we will assume that you agree.I agree