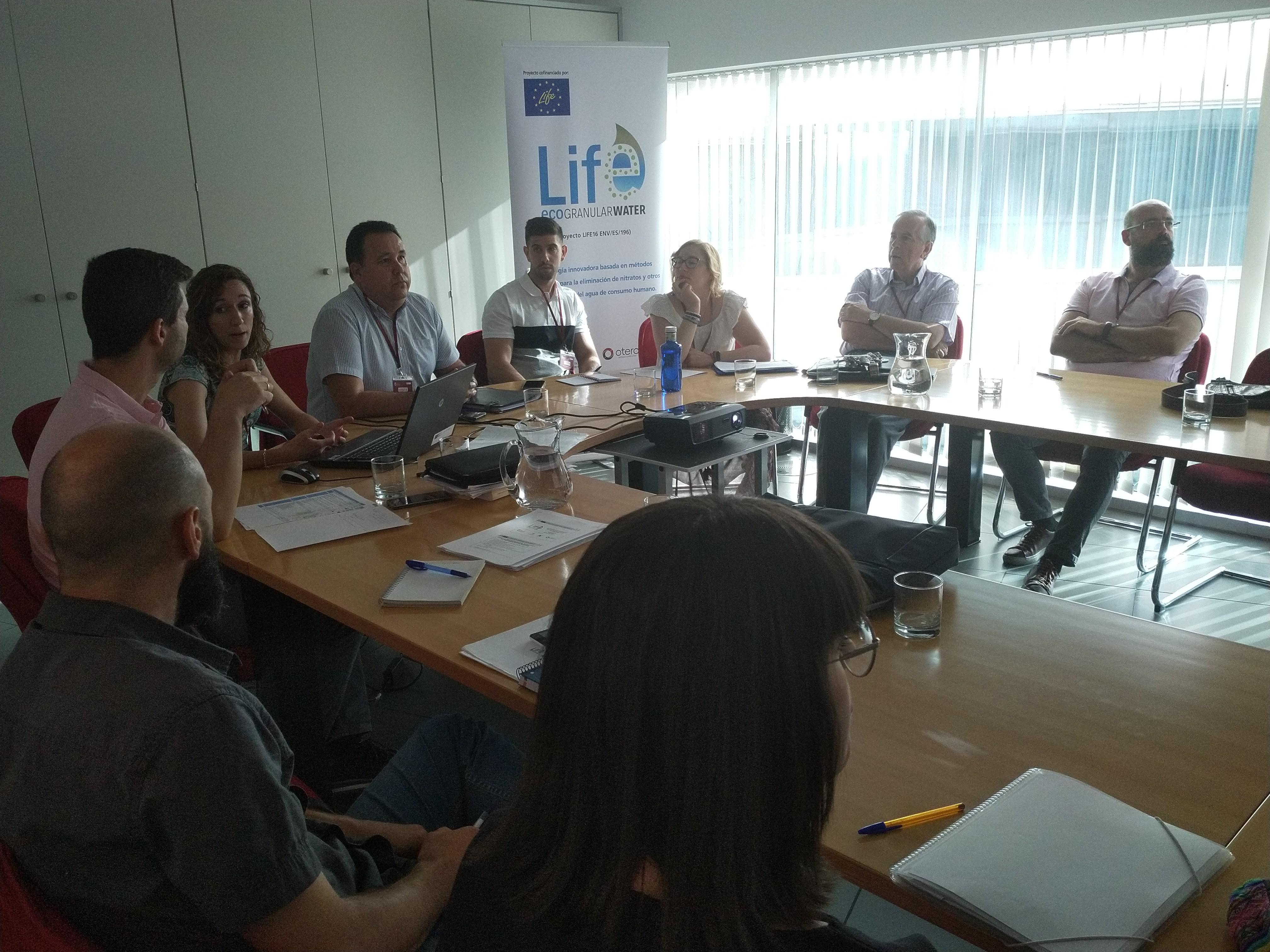 The partners of the Project meet during the VII Steering Committee, in the middle of the Project, with the objective of evaluating the technological advances that the UGR and Construcciones OTERO SL are developing

The agenda for the VII Steering Committee, Project Management Committee, was formalized with the objective of evaluating the testing of the technological advances proposed in the LIFE ECOGRANULARWATER Project and subscribing, by the entities, the phases in development in the Torre Pilot Plant Cardela (Granada).

The conference took place at the Headquarters of the Diputación de Granada, and began with the presentation, by Construcciones OTERO SL, of the works carried out at the Torre Cardela Pilot Plant, the start-up of the Photovoltaic System integrated into the Plant Pilot of sustainable technology and low cost, based on aerobic granular technology, to eliminate organic and inorganic pollutants from the masses of groundwater that supply small populations. 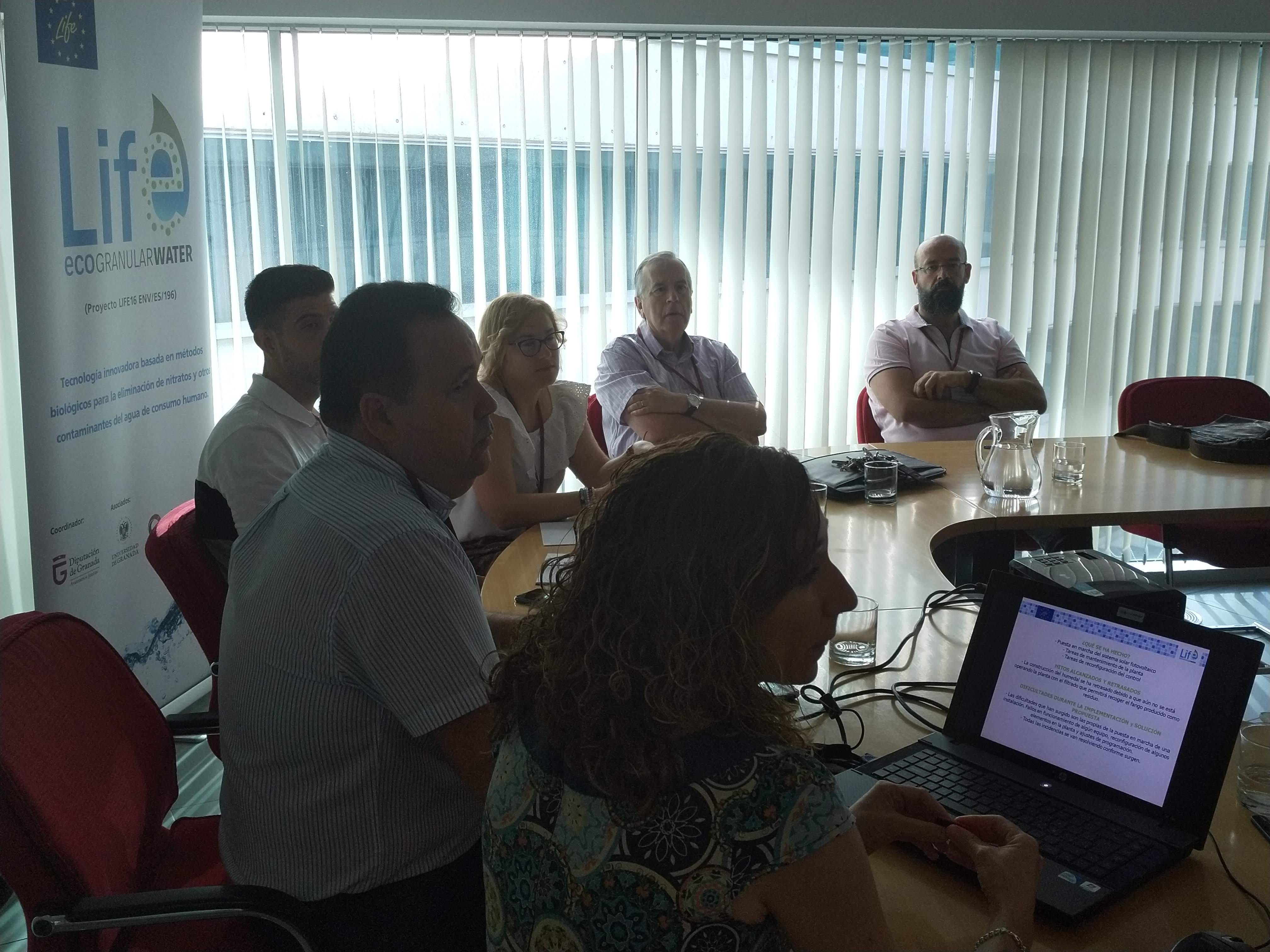 Isabel Nieto, from Construcciones Otero SL, provided information on the difficulties encountered in the operation of the Pilot Plant as well as in the correction and adjustment strategies for the benefit of its proper functioning.

From the University of Granada, José Antonio Salinas and Virginia Robles, presented the joint proposal between the UGR and OTERO Constructions on the Business Plan and Transfer of Economic Results that is being carried out and will involve the analysis of Business Viability of the Exploitation of the Plant, once the technology of water recovery has been demonstrated, to be transferred to the Market as a business unit, for the benefit of public entities and productive sectors with the need to correct the quality of water for human consumption and agrifood operations.

Subsequently, from the UGR, the extension of the Study of the Transferability and Replicability of the Project was presented, through the Identification of the areas of the European Union that register the highest levels of contamination of groundwater by nitrates, including a map of critical areas at Andalusian and national level and Mediterranean countries such as Portugal, Italy and Greece.

Francisco González, from the University of Granada, presents the advances of the Socio-Economic and Environmental Analysis of the current Reverse Osmosis Technologies and the ECOGRANULARWATER Technology, including the comparative Life Cycles, necessary to identify the sustainability of the LIFE Project.

Finally Javier García, Head of the Water Cycle Service of the Diputación de Granada, partner organization coordinator of the LIFE ECOGRANULARWATER Project, shared with the rest of the partners the Dissemination Plan of the Activities that are being developed in the Project and the networks of Networking that are working with other LIFE and H2020 projects among others. 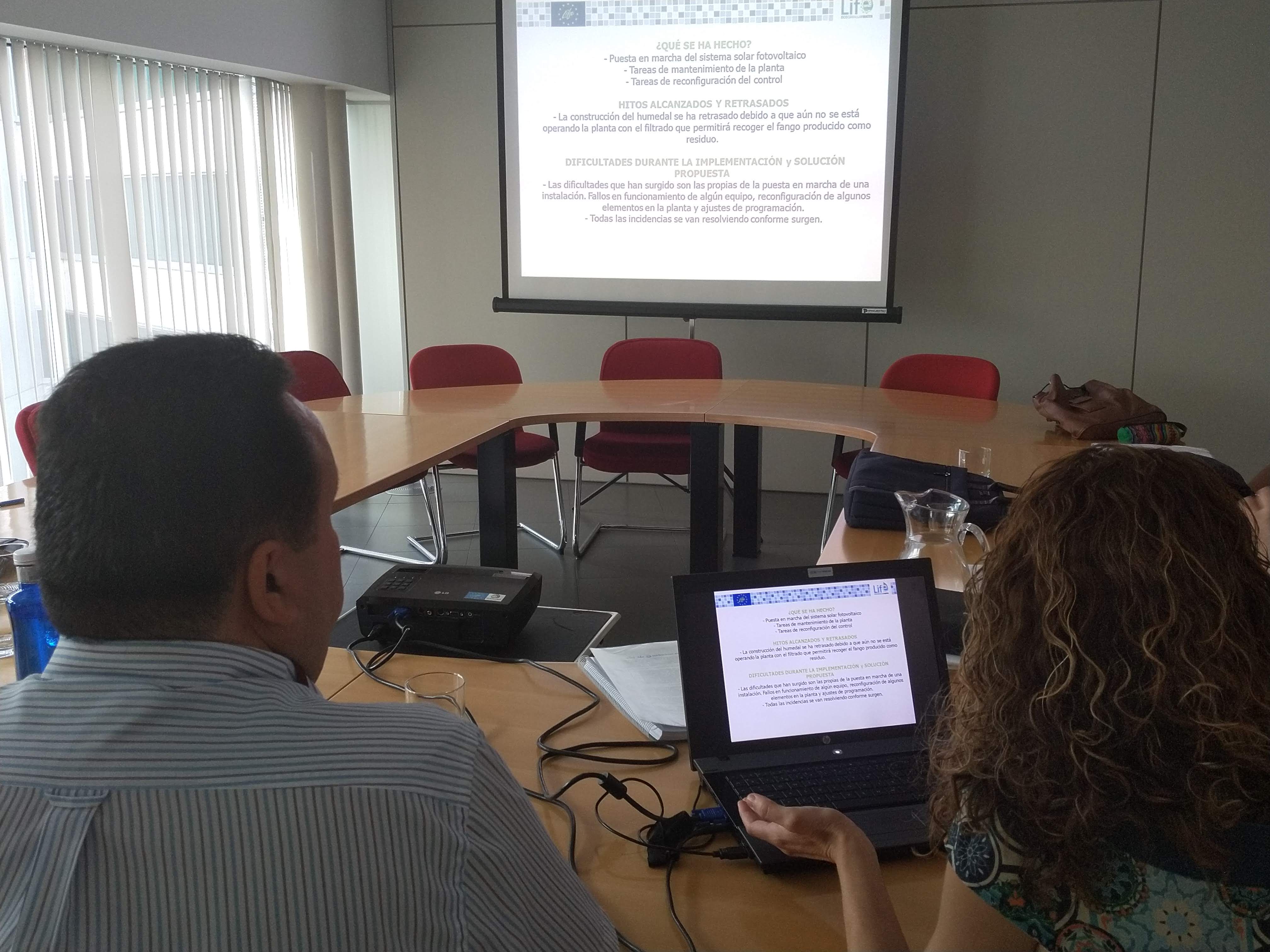 The Conference concluded with the approval of the Program of the First Technical Meeting of Transfer of Results of the First Phase of the Project which will take place on October 10 and in which there will be technical and political staff of municipalities with problems of soil contamination by nitrates.

2019-07-15
Previous Post: Summary of Progress of the LIFE ECOGRANULARWATER Project and the Monitoring of Activities
Next Post: The Department of Microbiology of the UGR presented the progress of the LIFE Project at the FEMS Congress in Glasgow and at the SEFIN Congress in Madrid
Provincial Council of Granada | C/Periodista Barrios Talavera,1 | 18014 (Granada)
Legal Notice | Cookies Policy | WEB DESIGN
We use cookies to ensure that we give the best user experience on our website. If you continue to use this site, we will assume that you agree.I agree