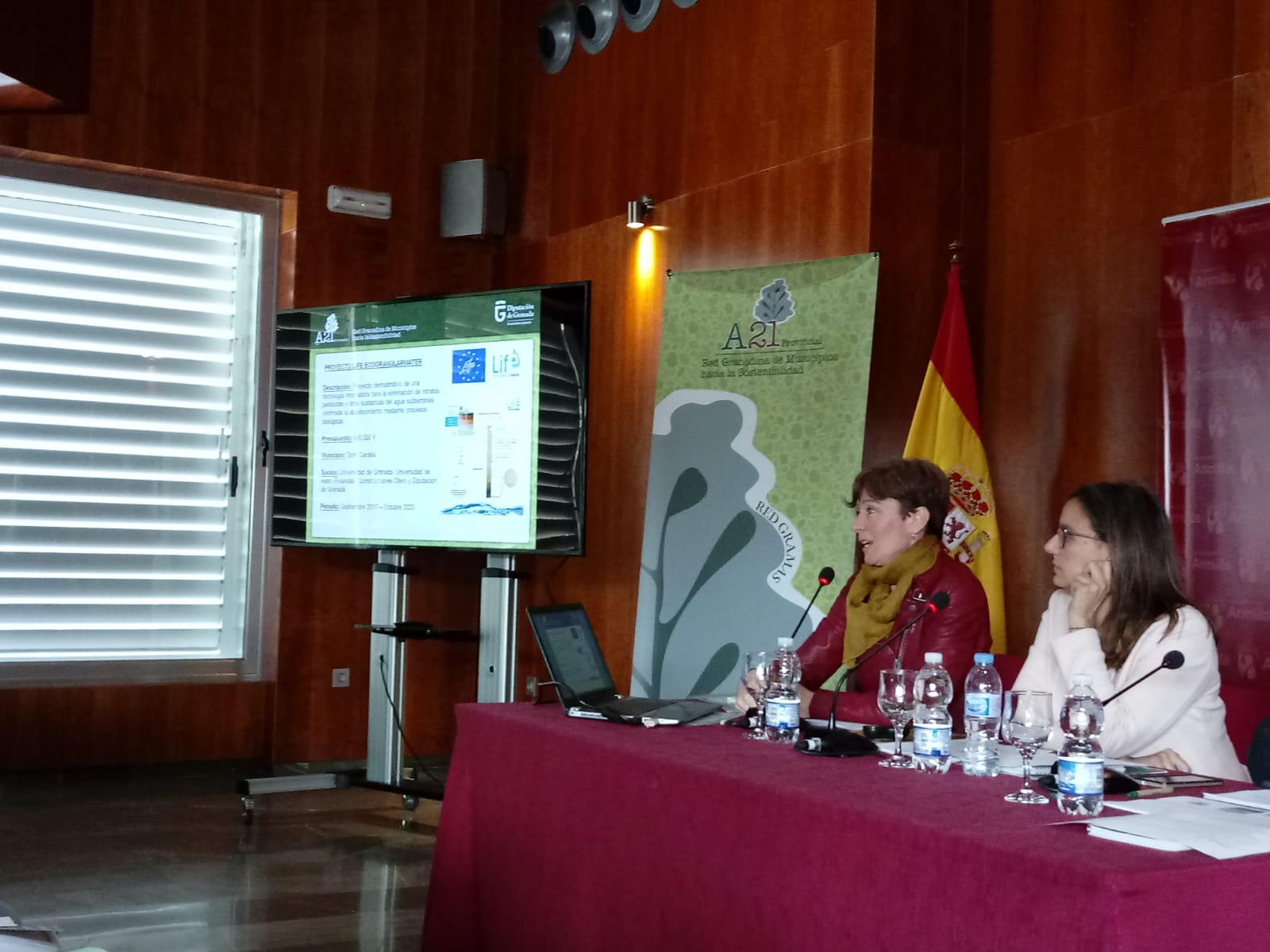 The LIFE ECOGRANULARWATER Project was presented at the VII GRAMAS Network Assembly (Municipalities from Granada Province towards sustainability), which integrates already 90 municipalities of the province. Water nitrate pollution is one of the main issues that concerns Water Work Group.

On April 27th was held in Armilla, at the “Casa García de Viedma–Etnographic Musseum”, the VII GRAMAS Network Assembly (Municipalities from Granada Province towards sustainability), which integrates already 90 municipalities of the province.

In the early part, the actions developed during the biennium 2016/2017 were set out. Of particular note are the campaign for the prevention of groundwater nitrate pollution caused by agriculture, studies about water quality in the province, awareness campaigns regarding street-cleaning, water saving and healthy diet, a guide of Sustainable Gardening and the holding of courses and workshops about environmental topics.

Within the actions of the Water Work Group, the LIFE ECOGRANULARWATER Project was presented. Water pollution by nitrates is a problem that deeply concerns members of this group, such as it has been reflected in some of the implemented actions.

The technology proposed in the LIFE project is shown as a tool that, once the efficiency has been demonstrated, it will be available for the municipalities of the province affected by this environmental problem, in a better cost-effectiveness relation than other technologies available in the market.

GRAMAS Network is a cooperation and exchange of experiences tool for the local governments of Granada province. It promotes the integration of the environmental sustainability principles and environmental good practices in all sectors of the local policy. It represents the networking at the most local level for the LIFE ECOGRANULARWATER project.