Why study the groundwater of Torre-Cardela (Granada)? 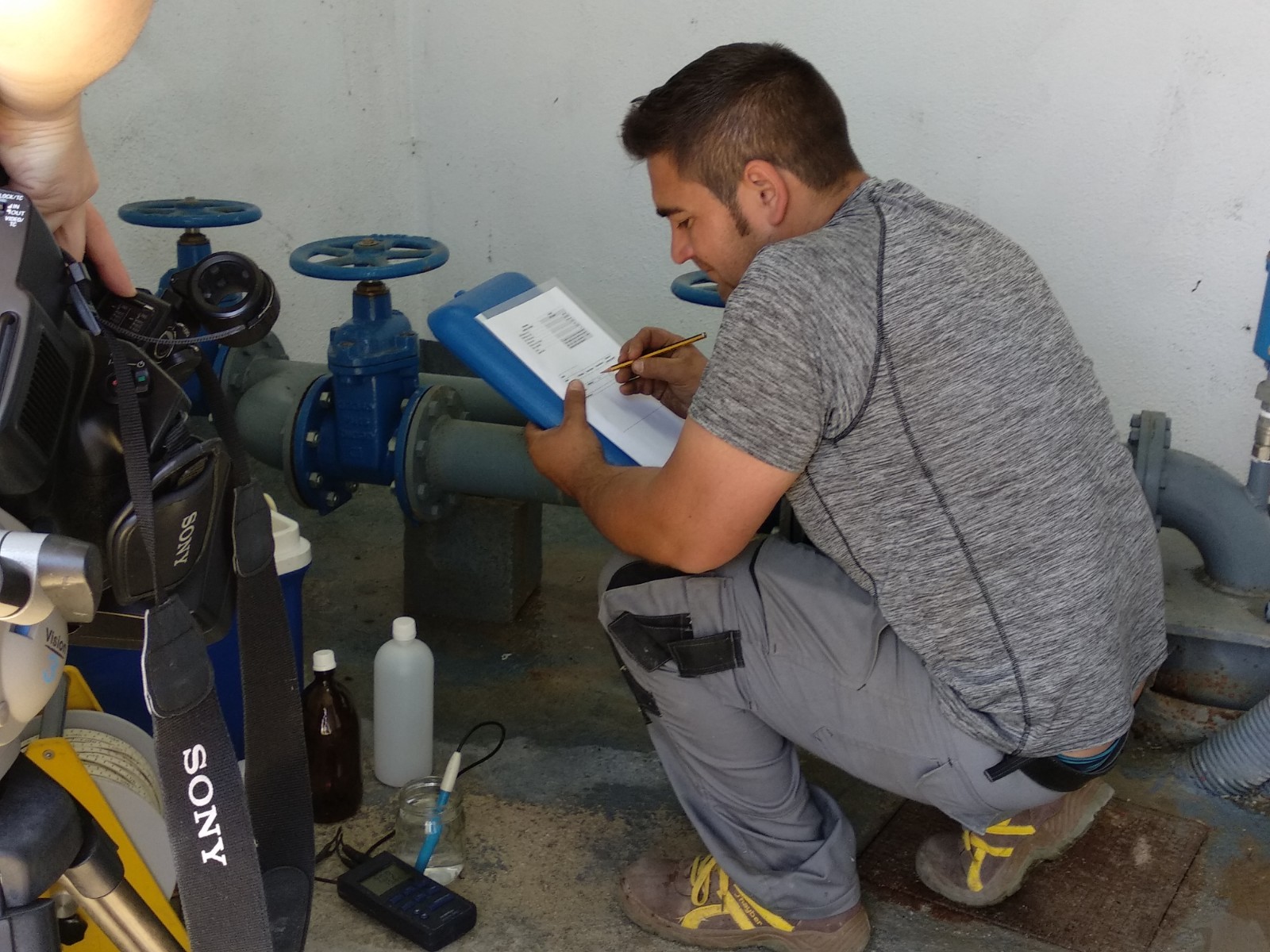 In order to achieve an efficient start-up of the new technology proposed by this project, it is necessary to know all the singularities of the waters to be treated.

For this reason, there is an action aimed to carry out the hydrochemical characterization of groundwater, water that constitutes the only drinking water resource of the municipality and, therefore, will be the raw water that will enter into the plant.

The first step was to carry out an extensive sampling campaign of the water body, which is used for water supply, whom name is “Calcarenitas de Torrecardela” (Code ES050MSBT000054106).

It is composed of carbonated materials, calcarenites, the resulting aquifer formation is fissured-karstic, classified of moderate productivity and with a good global state, that is, good chemical and quantitative status according to the Hydrological Plan of the Guadalquivir river basin [link].

Despite this classification of good chemical status, there are data, which show the presence of high nitrate contents (> 50 mg/L) in waters from several abstraction wells for human consumption in the area since the 1990s. 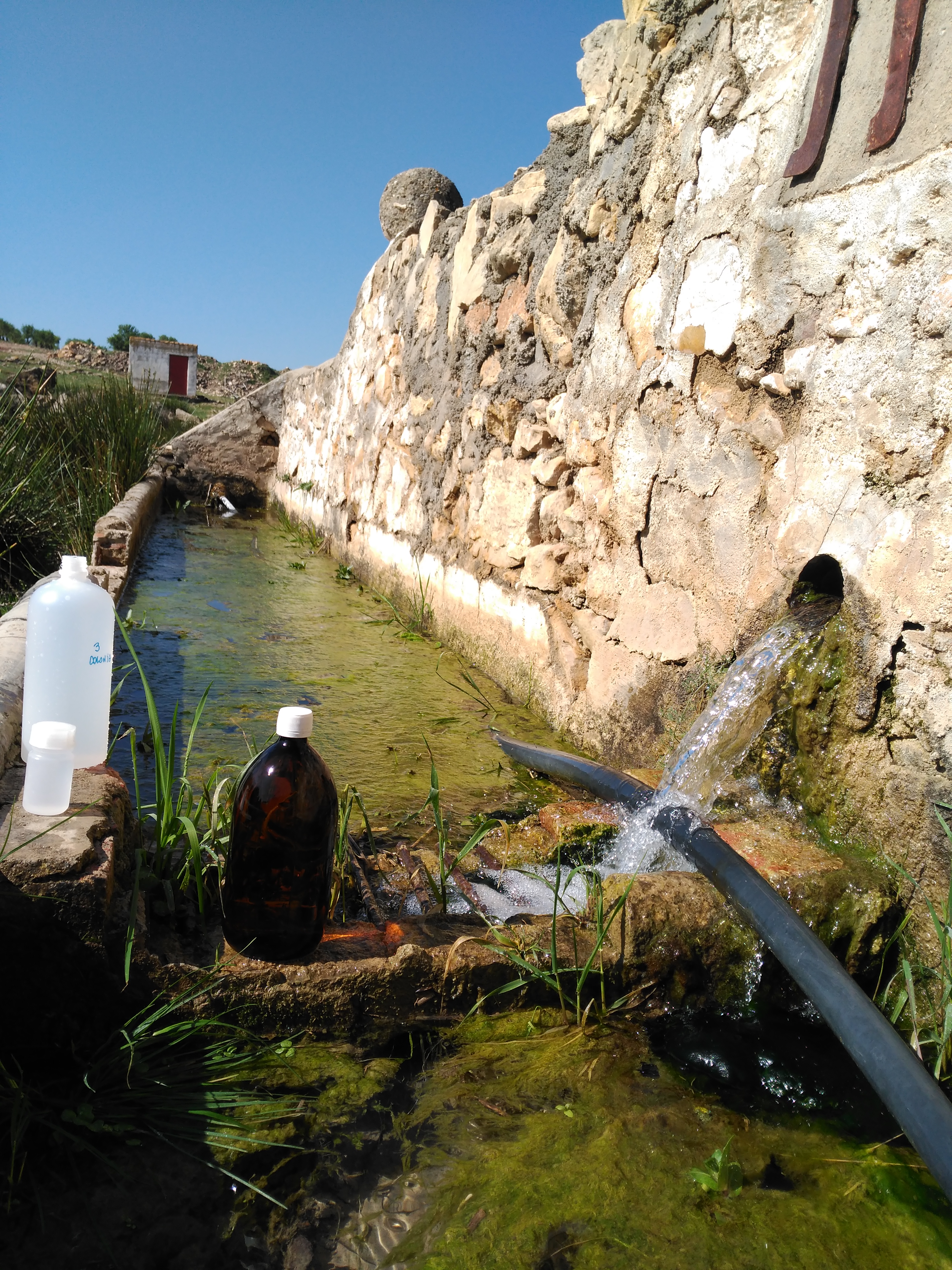 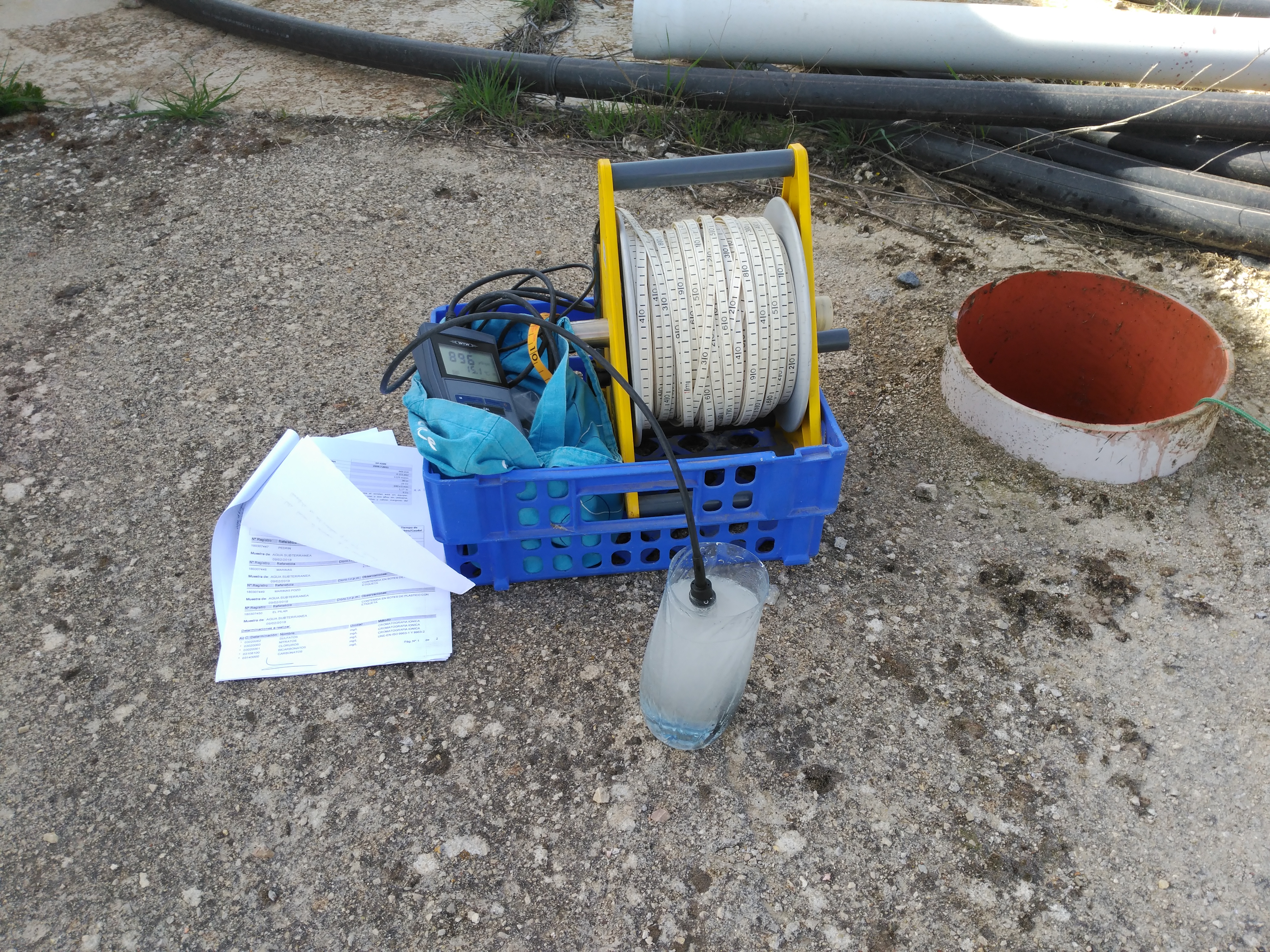 To carry out the aforementioned hydrochemical characterization, the inventory of water points was reviewed (some examples in Figure 1) and several sampling campaings were taken between February and September 2018.

Three samples were taken in each water points and delivered to the laboratories the same day.

The determinations include pesticides and major components, including nitrates.

Regarding the content of pesticides, only two substances were detected above 0.100 μg/L (0.148 μg/L of diphenylamine, 0.377 μg/L of fluazifop) at two different sampling points and none of them used for drinking supply.

However, as regards the concentration of nitrates, there are water points with nitrates concentration above 50 mg/L, for the entire water body ranges from 2 mg/L as a minimum value up to a maximum value of 105 mg/L.

Because during the study period the water supply for the municipality of Torre-Cardela came from a single abstraction well, attention is focused on this point and a sampling plan prolonged over time has been established in order to record the temporal evolution of nitrates (Figure 2).

These fluctuations are a consequence of the combination of the fertilization cycles of the crops and rainfall events that allow the percolation of the accumulated excess in the soil to the water table.

Therefore, it is essential to anticipate these variations in nitrates concentration in order to adapt the operation of the plant to the treatment needs of the water entering the plant in each moment. 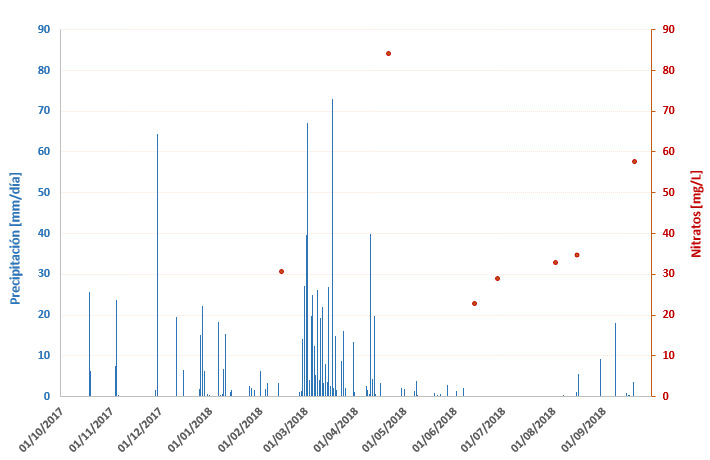 2018-10-29
Previous Post: It begins the construction of the full-scale plant for the purification of groundwater, polluted by nitrates, to be installed in Torre Cardela
Next Post: The Provincial Council of Granada introduces the LIFE ECOGRANULARWATER Project in the “X Symposium of Water in Andalusia” (SIAGA) in Huelva
Provincial Council of Granada | C/Periodista Barrios Talavera,1 | 18014 (Granada)
Legal Notice | Cookies Policy | WEB DESIGN
We use cookies to ensure that we give the best user experience on our website. If you continue to use this site, we will assume that you agree.I agree