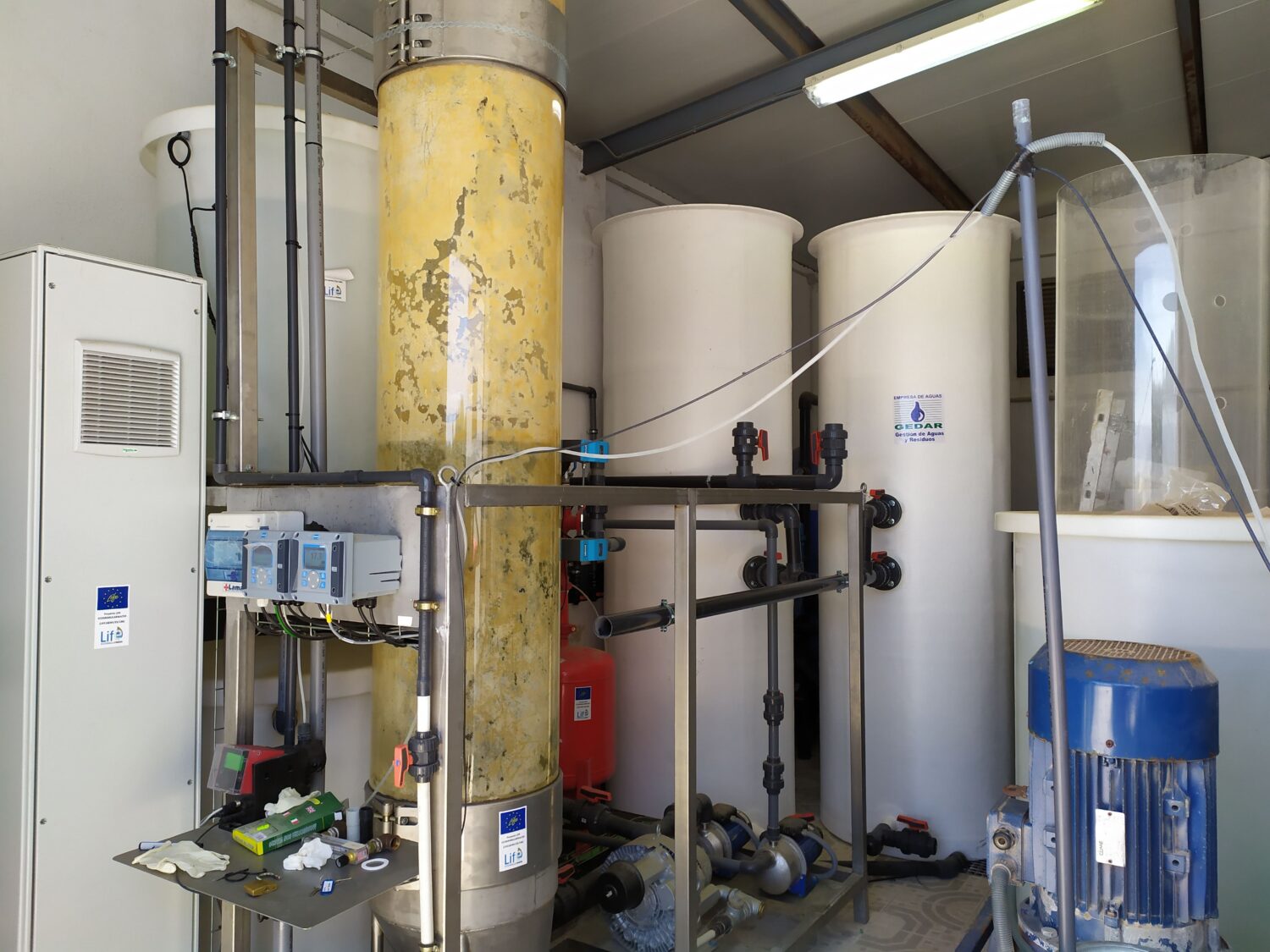 The results of the start-up of the biological treatment plant have been published as a scientific article since November 12. They are published in the scientific journal of Water Process Engineering, under the title: Biological nitrate removal from groundwater by an aerobic granular technology to supply drinking water at pilot-scale.

In this publication, the development of the start-up stage of the plant’s bioreactor 1 is described in detail.

First, the amount of nutrients added to the system has been adjusted. For the biological denitrification process to occur in drinking water, it is necessary to add a carbon source (food) for the microorganisms, which drinking water does not have. These variations are detailed in Table 1.

Another fundamental point is the organic matter removal performance of the system. This process consists of the microorganisms that denitrify the water consuming all the organic matter added to the system, since if this were not the case, organic matter would be released in the treated water. Therefore, this balance is important and, as can be seen in Figure 1, this organic matter is eliminated practically in its entirety. 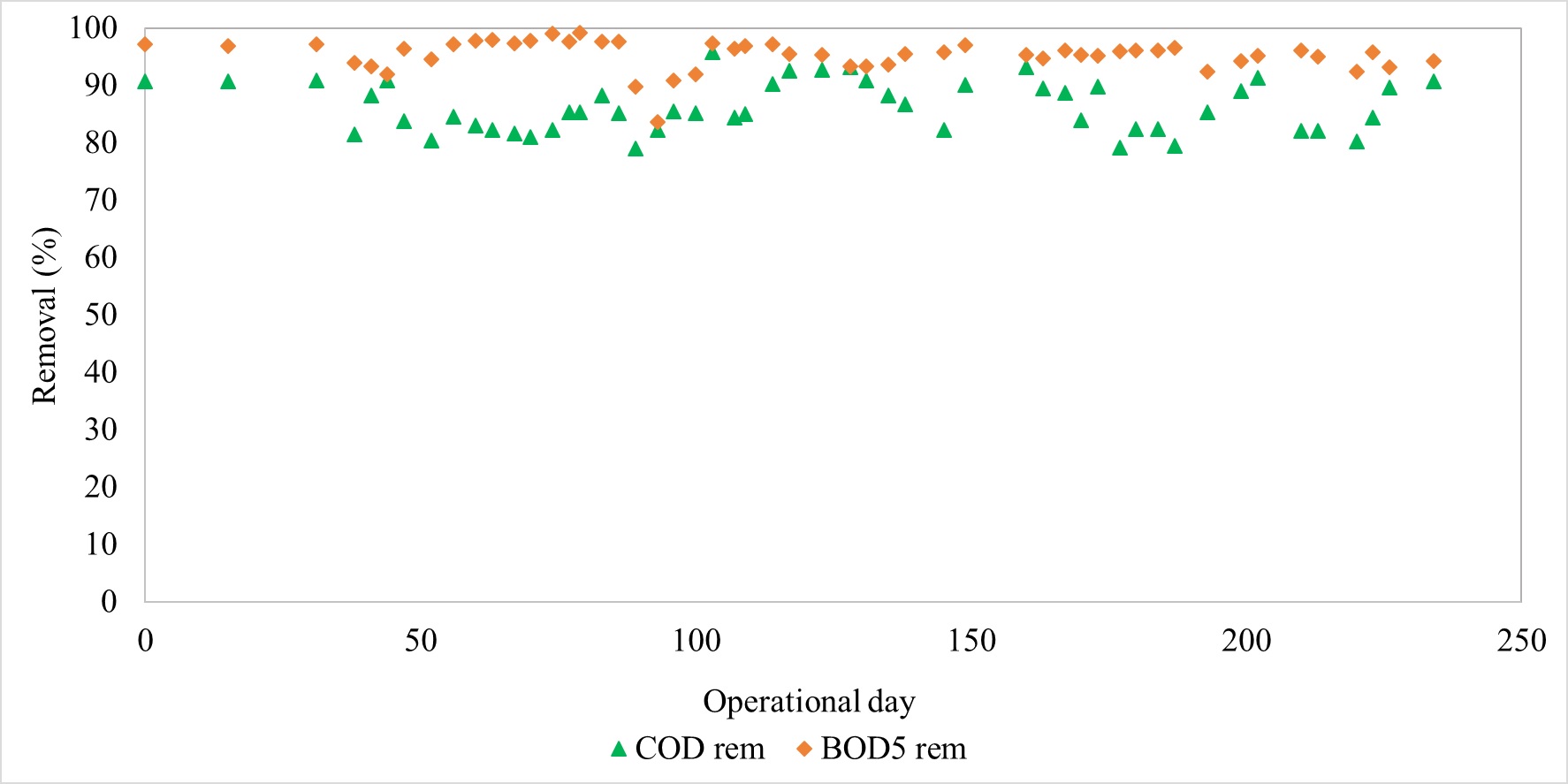 Finally, the most important aspect of the system, its nitrogen removal performance. The system is designed to remove nitrates from the water, and as can be seen in Figure 2, it shows particularly good nitrate removal performance, close to 80%. 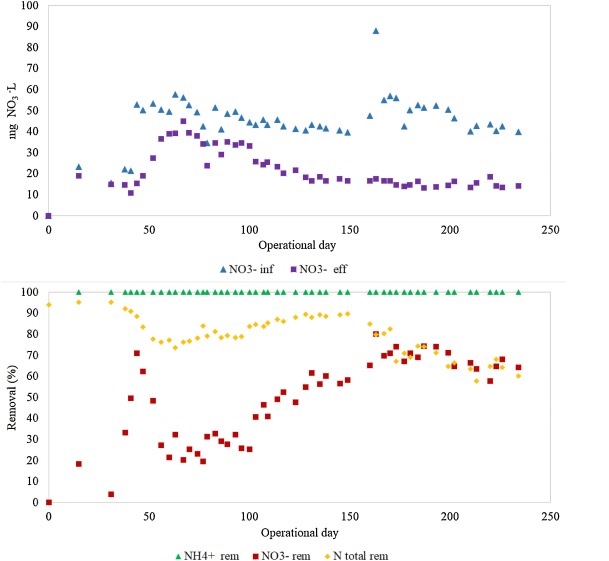