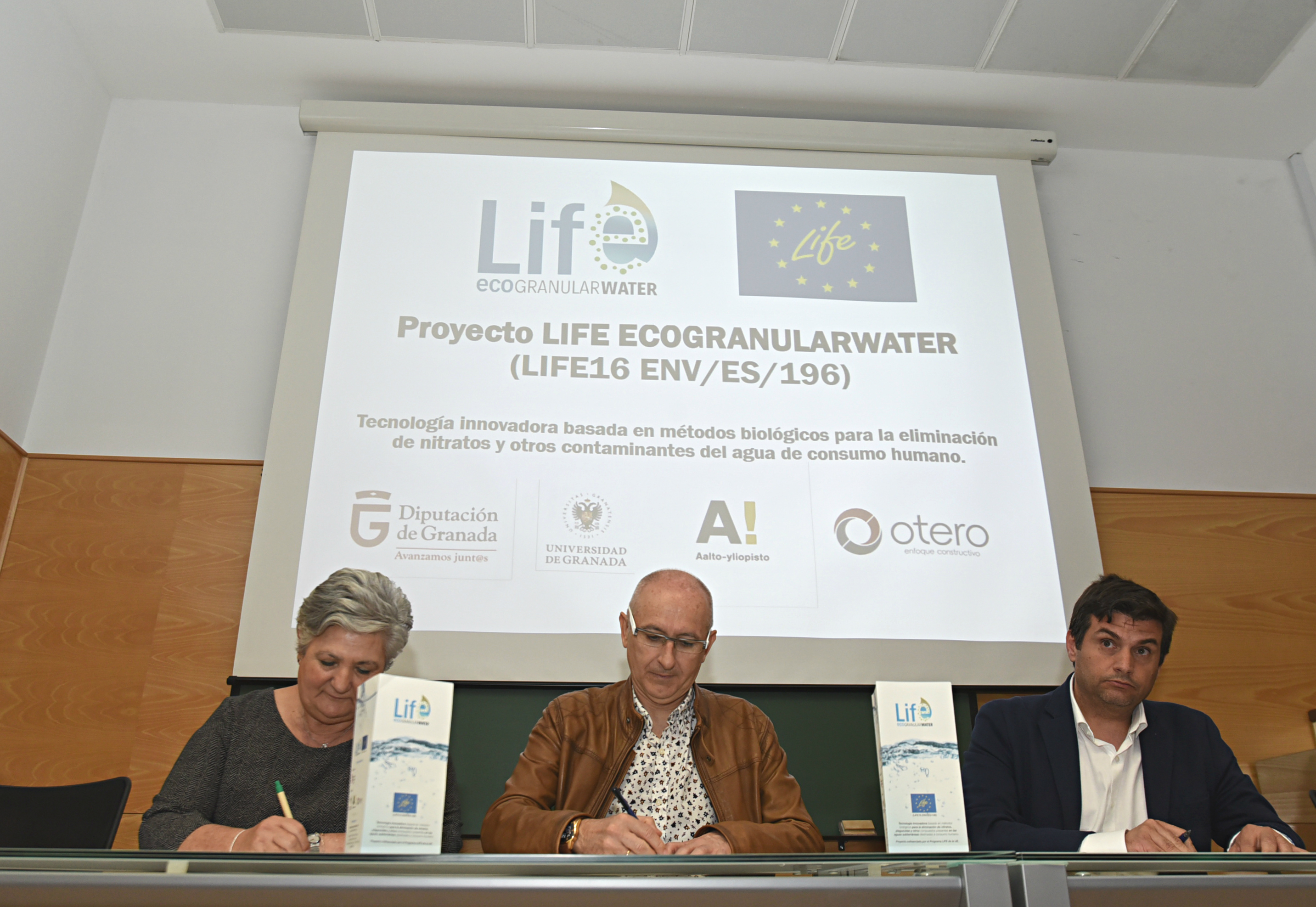 On May 22th 2018, members of the LIFE ECOGRANULARWATER Project’s beneficiary entities met at the Advanced School of Civil Engineering of Granada University to sign the Partnership Agreement. The document includes, among other aspects, the commitments of each party involved in the project, the activities and functions for which they are responsible, the timetable for the justifications, the treatment of confidential information or the ownership of the results achieved in the framework of the project.

The Project started last September, 1st 2017 and it will last until October 31st, 2020. Since the beginning of it, experimentations in a lab scale have been carried out by the two universities involved in the project (Granada University and Aalto University) in order to determine the optimal operational conditions in the system: selection of the more efficient microorganisms, organic carbon source selection and the best concentration, operational conditions establishment, etc.

Results on this phase will enable the design of the plant at a real scale, which represents a previous step in the building of it.

A part of these experimental works are being developed at the Advanced School of Civil Engineering’s lab so, after the signature of the Agreement, the assistants visited one of the bioreactors where the tests are being carried out. 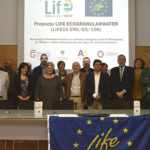 Representatives of the entities involved in the Project attended the Act: Mrs. Mª Ángeles Blanco López, Vice-president 3rd and MP for environment of the Provincial Council of Granada, Mr. Enrique Herrera Viedma, Vice-Rector for Research and Knowledge Transfer of Granada University and Mr. Enrique Otero Benet, Sole Administrator of Construcciones Otero Company.  Previously, Mr. Gary Marquis, Dean of the School of Engineering of Aalto University, had signed the agreement in Espoo, Finland. 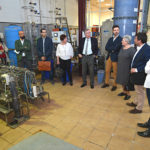 The technical team for the development of the actions in the framework of the Project, also attended the act and it was in charge of addressing the visit through the laboratory, describing the operation of the bioreactor.

Furthermore, within the Project, a study of the aquifer is being developed in order to know the current nitrate levels as well as the presence of other pollutants in the groundwater.

On the other hand, data about energy consumption, resources, removal of pollutants, etc. of the current reverse osmosis system, are being collected. The objective is to analyze the cost-efficiency ratio for the current system installed at Torre Cardela and later, be able to compare it with the biological system proposed in the project.